Our Photography is driven by many different feelings, one of the important ones being Mood. And I don’t just mean the mood inherent in the subject before us: the play of light, the atmosphere. Primarily today I’m talking about the mood we wish to create in processing: how we want the viewer to perceive the subject we have chosen to photograph. The emotions we wish to evoke.

The images today were taken early this year round the back of the Theatre complex in Milton Keynes. I had a spare half hour while my wife shopped. The architecture in that area adjacent to a multi-storey car park has an industrial feel to it – plenty of geometry to tempt my eye. 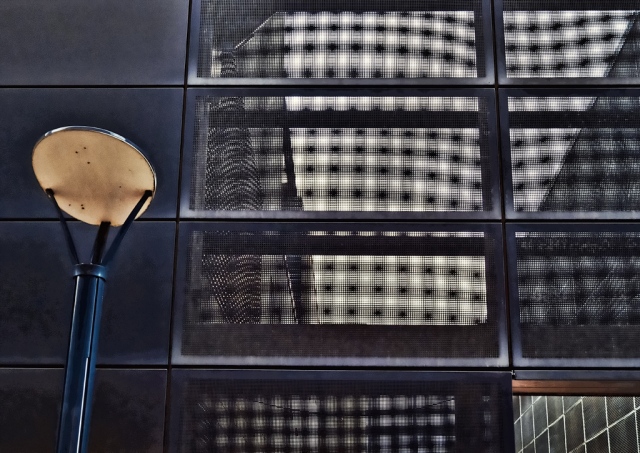 This first image is what one might call a Pictorial approach to a documentary picture. Now, I realise that is a contradictory statement. What I’m trying to say is that what this image attempts is a ‘pleasing’ rendition of this scene. I’ve used the colour that was inherent in the image to draw attention to, and contrast, the angular patterned grille and the oval backside of a light. It’s an image to which I would expect a fairly lukewarm response. It’s OK. It’s about the attractive relationships of the objects. Nothing more, really.

A minute earlier I shot this. 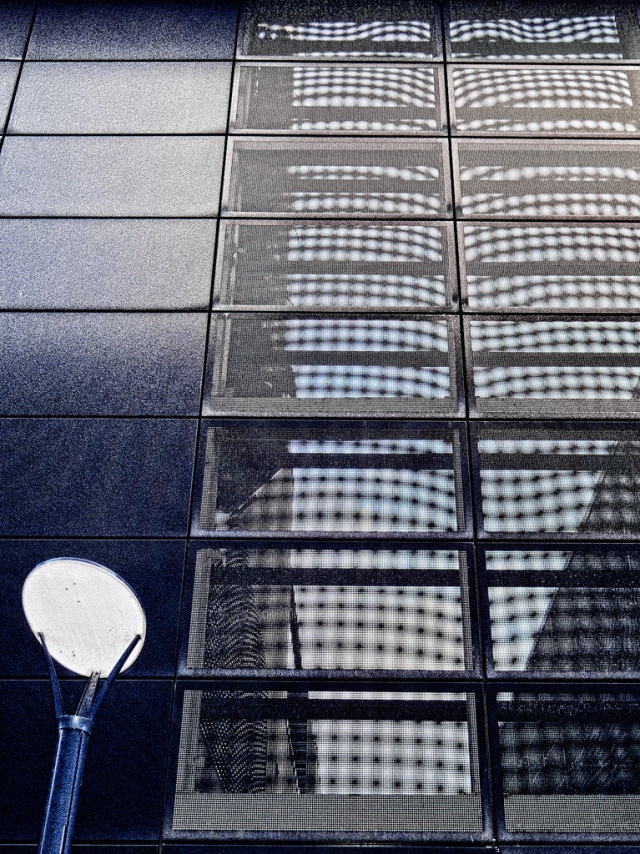 This is an image that I have worked on, in processing, to add contrast, grain and grittyness. It’s almost monochromatic. The colour in the light has gone – not because I’ve removed it, the angle of view was responsible for draining colour from it The mood of this is quite different. It’s industrial, harsh, gritty, cold. Blue can be a very cold colour. It’s no longer ‘pleasing’ in the normal understanding of the word. Do you feel an air of menace? Is there a sinister feel to it, perhaps?  But if you like contrast and line you may actually have a more positive approach to this image. It tells a story. It creates a mood. It asks questions. You might be wondering what happens beyond that grille.

The final image, below, is a re-working of the second image. I’ve converted it to B&W and raised the contrast further. It is now purely an image about tone and geometry. I took a long hard look and wondered about flipping the image. I liked the idea of the light providing a natural ‘stop’ to the image. But is the menace still there in the B&W version? Is it as cold in feel as the first version? Does it evoke the same emotional response? Do you prefer the ‘flipped’ version? 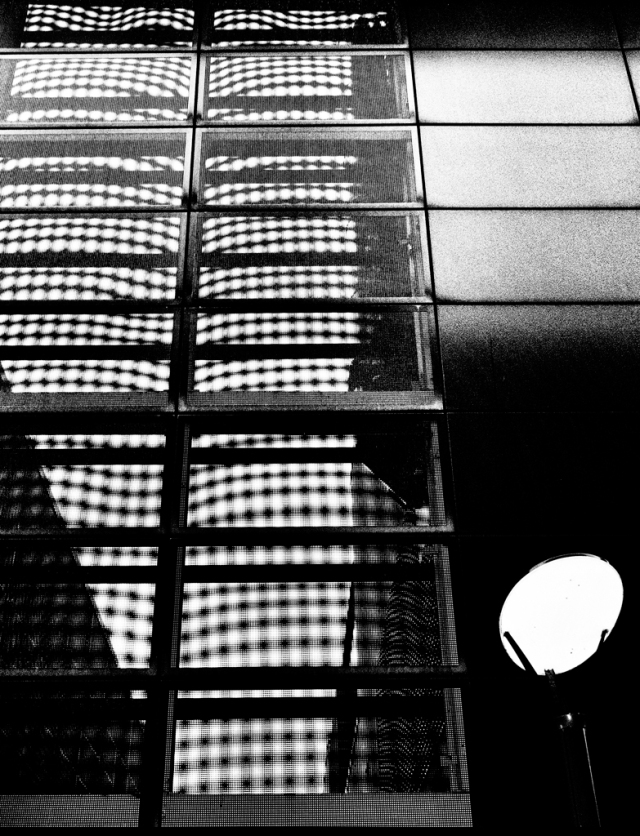 What do you think? Do post a comment and let me know which you prefer and why.

Hi - I'm a UK-based photographer who started out 45+ years ago as a lover of landscapes, inspired by my love of outdoor pursuits: skiing, walking and climbing. Now retired, I seldom leave home without a camera and I find images in unexpected places and from different genres. I work on the premise that Photography is Art and that creativity is dependent on the cultivation of 'A Seeing Eye'.
View all posts by LensScaper →
This entry was posted in Architecture & Buildings, Milton Keynes and tagged Creating Mood, Milton Keynes, Monochrome, Mood, Photography, Processing, Theatre district. Bookmark the permalink.