The Swiss have a long and formidable history of tunneling. Two examples: the railway to the Jungfraujoch (opened in 1912) tunnels its way through the North face of the Eiger. The 21-mile Lötschberg Base Tunnel between Bern and Visp (opened in 2007) is the longest land tunnel in the world and replaces a slower underground rail line.

In recent years it was beginning to look drab and out-dated, and it has now undergone a complete re-fit in the last year. It is now much smarter, quieter and has a higher capacity. The Funicular can now carry 2750 skiers an hour up to the Sunegga, Blauherd and Rothorn ski area. 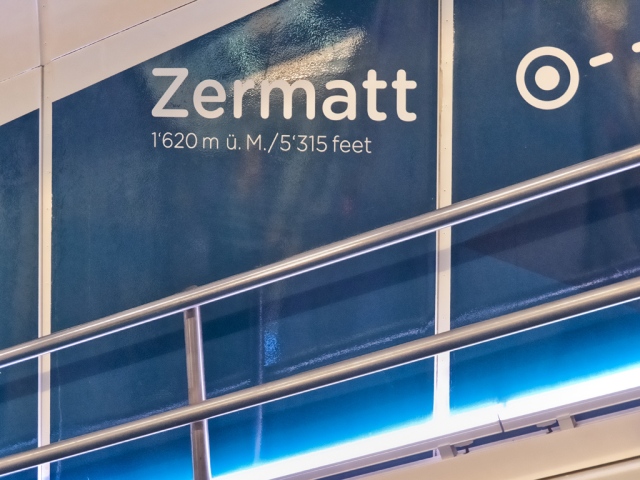 It was the graphics that grabbed my attention on the sidewalls of the station tunnel as you see here. Photographing the train itself, crowded with skiers while grasping my own skis and poles, was a little beyond me. 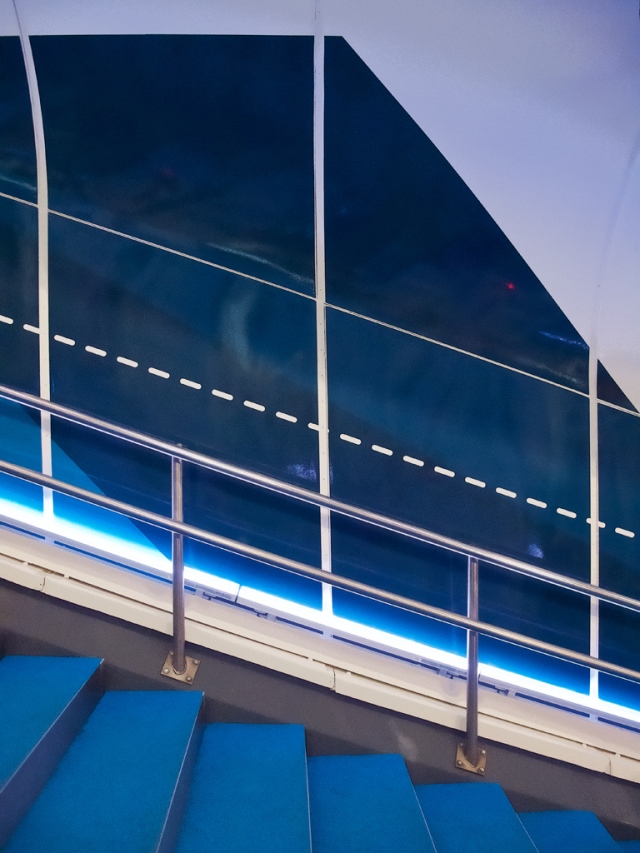 Hi - I'm a UK-based photographer who started out 45+ years ago as a lover of landscapes, inspired by my love of outdoor pursuits: skiing, walking and climbing. Now retired, I seldom leave home without a camera and I find images in unexpected places and from different genres. I work on the premise that Photography is Art and that creativity is dependent on the cultivation of 'A Seeing Eye'.
View all posts by LensScaper →
This entry was posted in Skiing - Zermatt and tagged Photography, Purpose-built ski resort, Ski, Sunegga, Sunegga Funicular Railway, Zermatt. Bookmark the permalink.

10 Responses to The Sunegga Funicular Railway