Rescued from the Trash Can

‘To Trash or not to Trash’: that is the question? You will know the problem. Your hard disk is filling up fast; you go out on a shoot, or maybe on holiday, and you come back with a heap of images. My two week recent holiday in Switzerland  produced 1,271 files taking up 28Gb of space.

You’ve got to be disciplined and weed out all those useless images that you will never need or use and which are taking up valuable space – duplicates, failures for one reason or another, images that are superceded by far superior ones taken a little later, and ones you can’t see yourself ever wanting to use because they have no artistic merit or potential. And so, ruthlessly and determinedly, you identify all the rubbish and move it to Trash.  And then, later that day or the following day, you have a wobble and think: ‘was I a bit impulsive, were those decisions a bit knee-jerk? I’d better review that batch I moved to the Trash.’ And you end up restoring half of what you had previously thought was rubbish!

It’s the same with throwing out old clothes and books isn’t it? Just as you’re ready to take them to the recycling bins you begin to wonder whether you really meant to throw all those things away, and rescue a few. Arrgghh – decisions, decisions!

Today’s image is one that went through that cycle of ‘useless image sent to Trash and then subsequently reprieved’. 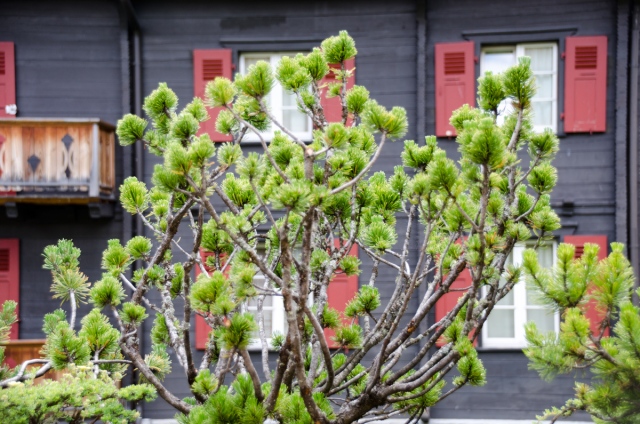 Frankly, as it is, it’s a rubbish image. Over-exposed (although that can be sorted), not sharp and ultimately rather boring. So, why grant it a reprieve? Good question – the answer is that I thought I would have a play with it and see how (and whether) I could breathe a bit of new life into it. And that brings me to Topaz Clean.

Time for a little moan. Why are virtually all plug-ins over-laden with Presets that I will never, ever use? Take Topaz Clean for example. There’s a preset called Curly Smooth in that plug-in. I will never, ever want to use that Preset – it turns half the image into curly wurly lines. Why would I ever want to do that to an image?

In truth, until now I certainly hadn’t identified any image that might benefit from that seemingly bizarre approach. But when I looked at today’s original image I realized I might have found an image that could benefit from Curly Smooth. Maybe I’ll never find another one like it, but my condemnation of Curly Smooth may just be a tad premature.

Do, please, click on the next two images to see a higher quality, sharper image. It really will show what Topaz Clean has achieved.

Final image (slight crop and simple adjustments to levels and contrast in CS5), then Topaz Clean/Curly Smooth, Topaz Detail and a final touch of Poster Edge in CS5

Because, it’s really rather surprising how a rubbish image whose main subject is poorly focused pine needles suddenly acquires some sharpish and unusual beauty when all those needles become mini ‘objects of desire’ (well maybe that is over-egging it a bit). 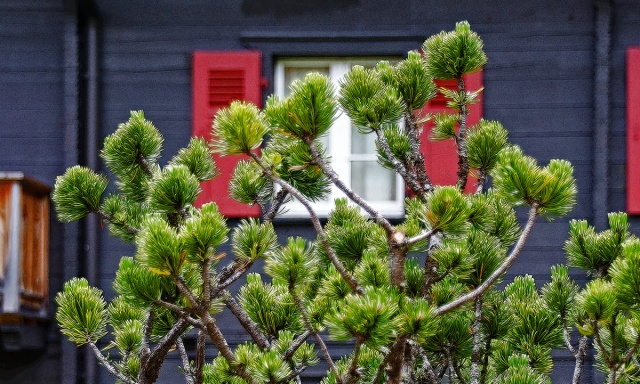 Tighter crop of the final image

This is not the first time that I have reprieved images and then subsequently found ways to re-invent or re-invigorate them – reasonably successfully.  So, how does that influence my ‘Trashing’ of rejects? It means that now (apart from total failures) they go through a two-stage process. The first pass moves them to a Folder named ‘For Review’ and that folder is then moved off the Hard Drive (freeing up space) to a memory stick where they sit for a few weeks, maybe longer, and then they get a review.

Reviewing files at some distance from their creation leads to the ability to see them in a new light. I view them not for what they are but for what they might become as a result of some form of digital manipulation. They may then become test beds for playing with some of the more outlandish filters and Presets available in either CS or Plug-ins. Those experiments are often failures and result in a file’s final extinction, but there are occasions when the results are worthwhile. And the other benefit from this approach is that experimentation almost always results in the learning of new skills with software.

What’s your process for deleting rejects? And do you think today’s image benefits from the re-working? As always it’s interesting to hear your views.

Hi - I'm a UK-based photographer who started out 45+ years ago as a lover of landscapes, inspired by my love of outdoor pursuits: skiing, walking and climbing. Now retired, I seldom leave home without a camera and I find images in unexpected places and from different genres. I work on the premise that Photography is Art and that creativity is dependent on the cultivation of 'A Seeing Eye'.
View all posts by LensScaper →
This entry was posted in Photo Tips and tagged Experimenting with plug-ins, Photography, Topaz Clean, Topaz Clean Curly Smooth. Bookmark the permalink.

16 Responses to Rescued from the Trash Can