Today’s post introduces you to a beautiful area of N Wales and includes references to roofing materials and explosives. That may sound a strange mix, but read on and the connections will be revealed. Click any image in this post to see an enlargement.

The Llyn Peninsula is a 30mile long finger of N Wales that projects westwards from the town of Porthmadog (on the Glaslyn Estuary), out into the Irish Sea. This coastline is home to a series of gently shelving sandy beaches and small coves; separated by rocky headlands and backed by villages and the occasional small town. It is a haven for bucket-and-spade seaside family holidays, and for people with a love of small boats and sailing.

I first visited this area as a child and since then, I and my family have returned a number of times to places such as Criccieth, Abersoch and Nefyn – apart from staying inland closer to the mountains. We love it, not just for the coastline but because of the way this area inter-relates with the mountains of Snowdonia.

From the coast the high mountains provide a contrasting backdrop. But there is something very special about standing on a peak in Snowdonia and looking out to the sea, sometimes in more than one direction, and not only seeing the sea but glistening wide expanses of sandy beaches that are so typical of this area. That proximity adds an extra dimension to a Mountainscape, or a Seascape.

The coast near Conwy from the summit of Penmaen-bach

Porthmadog developed during the early 19th century as a seaport for the export of slate that was brought to the port on tramways and small railways – the most famous of these being the Ffestiniog Railway.

If you walk along the coast from Porthmadog for 20mins or so, you will reach the pretty little seaside village of Borth y Gest, arranged around a horseshoe cove. Continue along the coastal path for another 30mins, past a series of smaller coves, and you will find yourself looking across the small bay in the picture below out to a headland named Ynys Cyngar where sits a white-walled cottage. This is ‘The Powder House’ 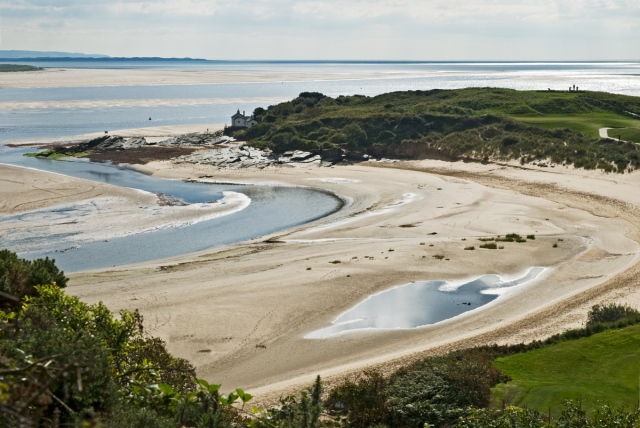 The Powder House at Ynys Cyngar

What a place to live! When the tide goes out you can walk directly across the sand to it. 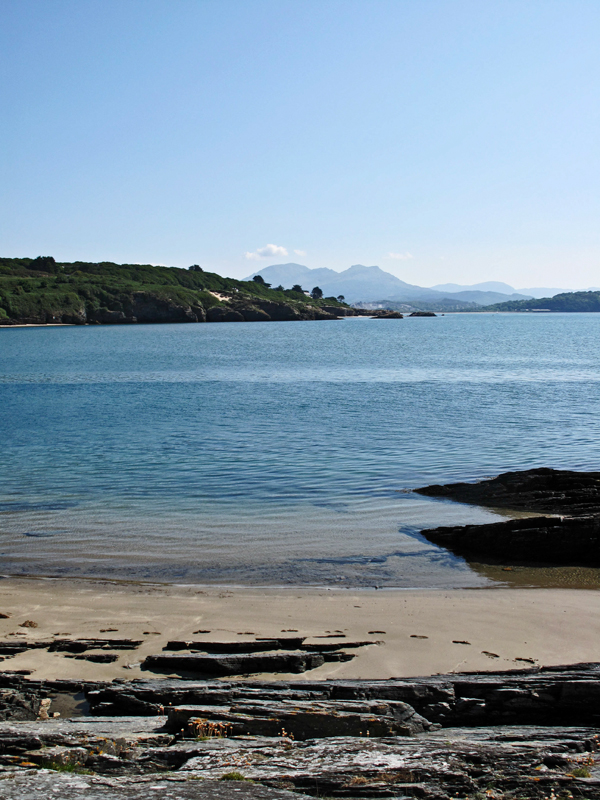 The view of The Moelwyns from The Powder House

Face East from here and you can look across the Glaslyn estuary, up into Snowdonia towards the Moelwyns, or down the curve of Cardigan Bay as far as Harlech if not further. 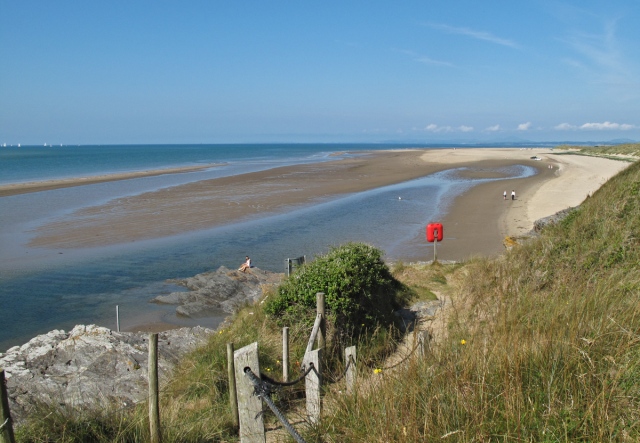 Look West and you gaze along the vast sweep of Black Rock Sands past Criccieth and its castle and on towards the end of the Peninsula.

I’ve walked to this point a number of times and felt inspired by the setting of this cottage. But it has always seemed empty when I’ve been there, although I know that in the recent past it has been (and may still be) a holiday home. But what is the history of ‘The Powder House’?  The clue is in its name: The ‘Powder’ is Gunpowder.

Gunpowder was regularly used in the Slate Industry. Porthmadog developed rapidly as an important seaport for the export of Slate but for obvious reasons the inhabitants were not keen on the idea of a boat loaded with gunpowder docking close to the centre of their town.

So gunpowder was unloaded at Ynys Cyngar – an isolated spot 2 miles seawards – and then transported to Porthmadog or elsewhere, originally by horse and cart. And that is why this cottage came to be known as ‘The Powder House’.

The Mountains of N Wales were quarried and mined extensively for Slate (and copper to a limited extent) from the early years of the 19th century for about a hundred years. Most workings closed down in the early decades of the 20th century, but quarrying still continues to this day particularly in the Blaenau Ffestiniog area. Slate was a vital building material – whole villages and towns were built and roofed with slate. Slate walls enclosed the sheepfolds and divided the land over vast areas of Wales. Our own house is roofed with Welsh Slate.

One of the quarries local to Porthmadog was Rhosydd Quarry. Click here to go to an excellent website about the history of Rhosydd. It’s situated on a high plateau between The Moelwyns and Cnicht  – the prominent skyline seen in the image directly above.

Rhosydd Slate Quarry and Mine

It closed in 1930 but the ruins of the mine workers’ barracks are still there together with the remains of rails, wagons and machinery.

The spoil and detritus of the industry litters the site. Mining and quarrying were arduous work and the conditions under which the men lived and worked are hard to imagine. We tend to visit these places in the summer months in reasonable weather – but work continued year-round in conditions that at times must have been primitive and atrocious.

From the edge of the Rhosydd quarry, the Glaslyn estuary is clearly seen, and from Ynys Cyngar, or Borth y Gest the reverse applies. 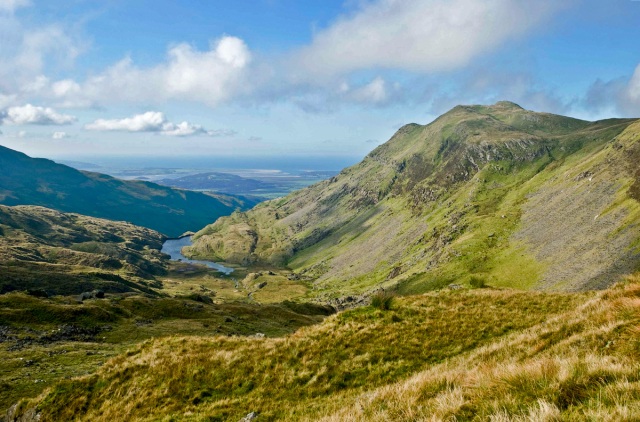 We can experience the beauty in either direction, but in the days when the quarry was active the quarrymen, engaged in dangerous and back breaking work, must have looked out at a Paradise that seemed unattainable.

Hi - I'm a UK-based photographer who started out 45+ years ago as a lover of landscapes, inspired by my love of outdoor pursuits: skiing, walking and climbing. Now retired, I seldom leave home without a camera and I find images in unexpected places and from different genres. I work on the premise that Photography is Art and that creativity is dependent on the cultivation of 'A Seeing Eye'.
View all posts by LensScaper →
This entry was posted in Architecture & Buildings, Coast, Landscapes and tagged Borth y Gest, Llyn Peninsula, North Wales, Photography, Porthmadog, Rhosydd Quarry, Slate Industry, Snowdonia, The Moelwyns, The Powder House, Ynys Cyngar. Bookmark the permalink.

37 Responses to The Powder House