The Architecture of Avoriaz

Avoriaz is different: instantly recognizable for its dynamic, angular, quirky and stylish architecture, with few traditionally shaped buildings and roofs.

At every corner there is a surprise.

True – some parts of it suggest vast regimented apartment blocks, but overall this is architecture that excites and is pleasing on the eye. There is something about it that suggests a Lord of the Rings film location.

The vision to transform an area of summer grazing for the cattle famers of Morzine into a modern ski resort was entrusted to Jean Vuarnet, a native of Morzine who became a local hero when he won the Men’s Downhill at the 1960 Winter Olympics in Squaw Valley, California. He found investers and assembled a group of young architects and the concept was developed. Inspiration was also drawn from the work of the famous Swiss Architect Le Corbusier. From my reading of the history it’s clear there was initial criticism – the plans were too avant-garde and futuristic, and embraced unpopular environmental ideas such as a traffic-free resort – a feature that today is accepted as commonplace.

The overall visual impact of the resort was planned to be in keeping with its natural surroundings. Therefore the high-rise buildings are mainly fabricated from wood and slate to blend well into the colours of the cliffs. And viewed from certain angles, the rise and fall of the rooflines and their silhouettes echoes the surrounding mountainscapes. 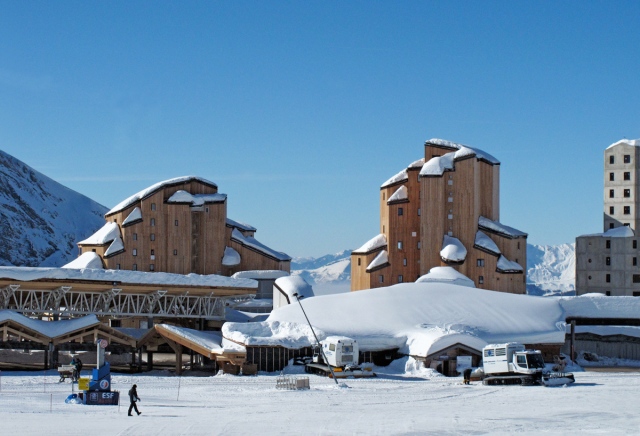 Many of the designers that have contributed to the development of Avoriaz have gone on to win awards. In 2003 Avoriaz was awarded a prize by the Minister of Culture for being one of the great heritage achievements of the 20th century. 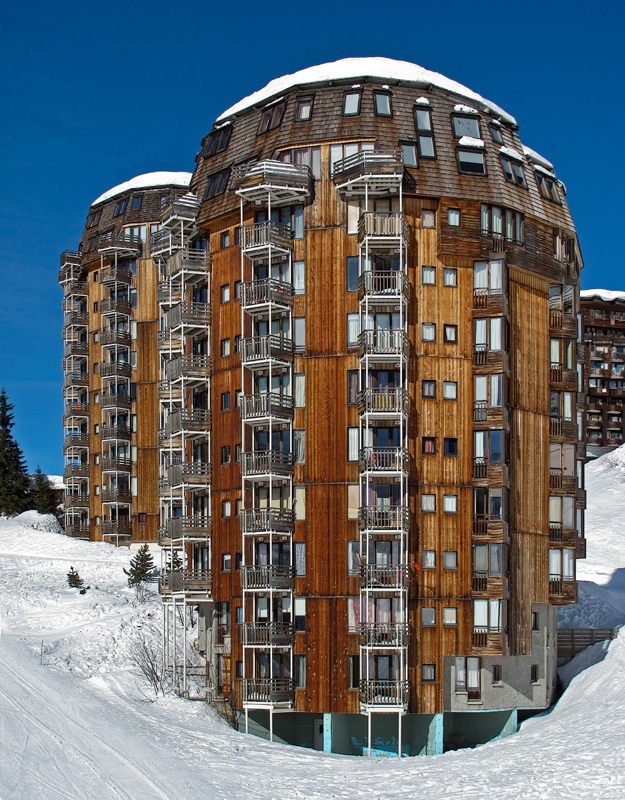 Over the years Avoriaz has been famous for other things. For 20 years it hosted the ‘Fabulous Film Festival’ – an annual event that for a time rivalled Cannes. In summer the Portes du Soleil area hosts some of the best mountain biking in the Alps. Several times Avoriaz has hosted stage finishes of the famous Tour de France bike race. 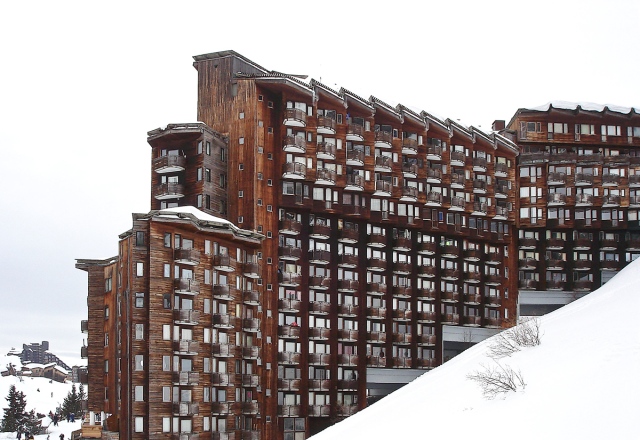 Much of the accommodation in Avoriaz is in self-catering apartments, but there is also hotel accommodation. Cars are parked in large car parks at the edge of the resort, and sledges, skidoos and horse drawn sleighs convey visitors to their holiday homes. The village is pedestrianised; chairlifts and pistes thread their way through the resort. The resort continues to expand with further development taking place over the last year or two. 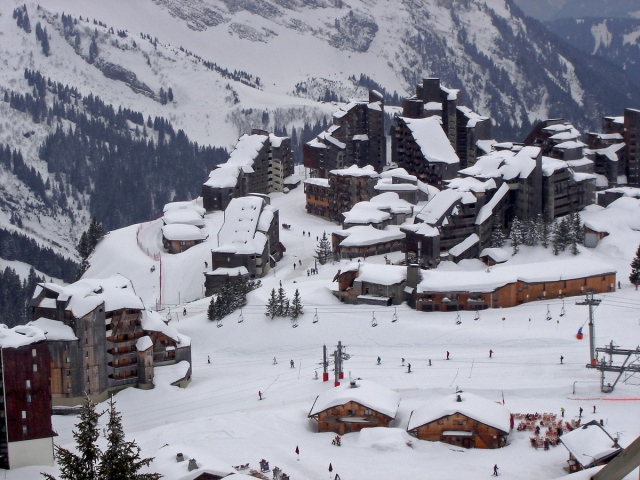 Some of these shots were from chair lifts that thread their ways through the resort – providing aerial viewing platforms. What I would really like to do is spend a day roaming this development with an SLR and a couple or three lenses and see what I can then capture of the architectural soul of this place.

Finally if you want to grab a burger then head for Changabang, just opposite the Prodains lift.

First class burgers and a nice piece of art work too. Enjoy!

For more from this ski area see the following two posts:

Hi - I'm a UK-based photographer who started out 45+ years ago as a lover of landscapes, inspired by my love of outdoor pursuits: skiing, walking and climbing. Now retired, I seldom leave home without a camera and I find images in unexpected places and from different genres. I work on the premise that Photography is Art and that creativity is dependent on the cultivation of 'A Seeing Eye'.
View all posts by LensScaper →
This entry was posted in Architecture & Buildings, Skiing - Portes du Soleil and tagged Architecture, Avoriaz, Jean Vuarnet, Morzine, Photography, Portes du Soleil, Purpose-built ski resort, Ski, skiing. Bookmark the permalink.

11 Responses to The Architecture of Avoriaz